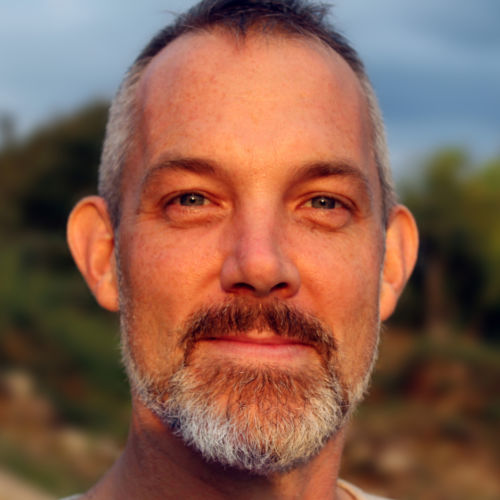 Josh Clark is a UX design leader who helps organisations build products for what's next. He is founder of Big Medium, a New York design studio specialising in future-friendly interfaces for artificial intelligence, connected devices, and responsive websites. His clients include Samsung, Time Inc, ExxonMobil, About.com, TechCrunch, Entertainment Weekly, eBay, O’Reilly Media, and many others. Josh has written several books, including Designing for Touch and Tapworthy: Designing Great iPhone Apps. He speaks around the world about what’s next for digital interfaces.

Before the internet swallowed him up, Josh was a producer of national PBS programs at Boston’s WGBH. He shared his three words of Russian with Mikhail Gorbachev, strolled the ranch with Nancy Reagan, hobnobbed with Rockefellers, and wrote trivia questions for a primetime game show. In 1996, he created the popular “Couch-to-5K” (C25K) running schedule, which has helped millions of skeptical would-be exercisers take up jogging. (His motto is the same for fitness as it is for software user experience: no pain, no pain.)

AI is your new design material

Machine learning has become available and accessible enough to bring into your everyday work as a day-to-day design material. Like all design materials, machine-generated content, insight, and interaction have a unique grain—a texture that hints at how they want to be used and shaped for best effect. This lively and inspiring talk explores the perspectives and practical techniques that you can use today—like right now—not only to make existing products better but to imagine surprising new services. Refit familiar design and UX process to work with the grain of the algorithm and to help the machines solve real problems without creating new ones. The challenges and opportunities of AI and machine learning are plenty; discover your own influential role, and learn to handle this powerful new design material with care and respect.

Designing for AI’s Strengths and Weaknesses

At their best, AI and machine-learning applications surface new insights and startlingly accurate predictions. There’s just one hitch: the robots are weirdos. Because machine learning systems are probabilistic, and because they’re based on data of varying quality, these systems sometimes deliver conclusions that are nonsensical, wrong, biased, or even dangerous.

Designers play a critical role here. They explore new techniques for creating everyday interfaces that deliver the benefits of machine-learning insights while guarding against their pitfalls. Whether you’re new to designing algorithmic interfaces or an old hand at machine learning, you’ll discover new techniques and perspectives for working alongside our strange robot friends.

In this workshop, you will learn to: